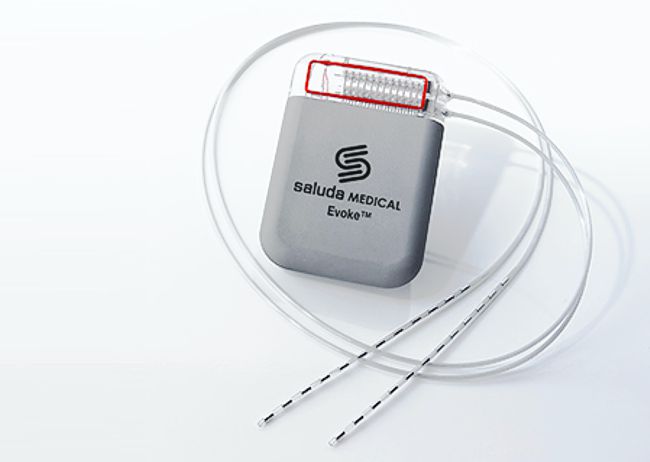 Back in 2013 I reported that Sydney, Australia-based Saluda Medical had started the development of a closed-loop SCS system for pain.

Since then, Saluda has gone through a number of financing rounds, the latest being all-equity $40M from Action Potential Venture Capital (APVC, a GSK fund that invests in companies developing bioelectronic medicines) and Medtronic.

Saluda’s rechargeable Evoke Spinal Cord Stimulator is meant to detect the neural signals evoked by the stimulation system to maintain effective stimulation levels. The idea is that based on the evoked-potential feedback, as well as its knowledge of the user’s preferences, will allow the system to personalize therapy for optimal response against pain.

Saluda has presented long-term clinical data from its first chronic implant study, which was conducted in Australia. According to the presented results, at 6 months, subjects with axial back pain experienced an average sustained improvement of 80% relief. In addition, the 32-patient cohort showed clinically meaningful improvements in function, disability, and sleep.