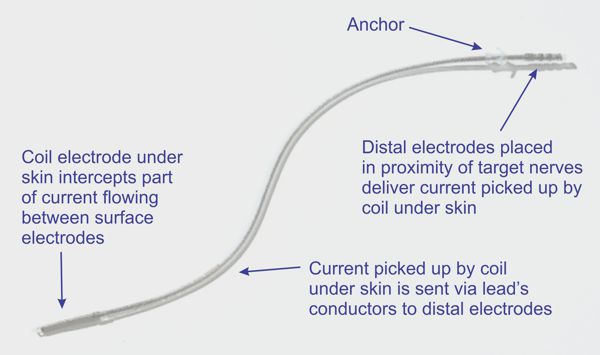 Bioness is a Valencia, California medical device/rehabilitation company founded by the late Alfred Mann some 15 years ago. He had previously acquired a miniature stimulator called the BION, and a company called NESS who had a footdrop stimulator. The combination of the two is where the name Bioness came from.

One of its products is the “StimRouter”, which is an externally-powered implantable peripheral nerve stimulator designed to reduce chronic pain. It gained FDA approval in 2015 and was launched in mid-2016.

Unlike most externally-powered neurostimulators however, the StimRouter is not powered by RF received from the external transmitter. Instead, the external pulse transmitter is more like a TENS unit with gelled electrodes applied to the skin. The implant has no electronic components. It is just a lead that has a coil electrode that intercepts part of the current between the TENS electrodes, and routes the captured current to small electrodes in contact with the target nerve at the distal end of the lead. 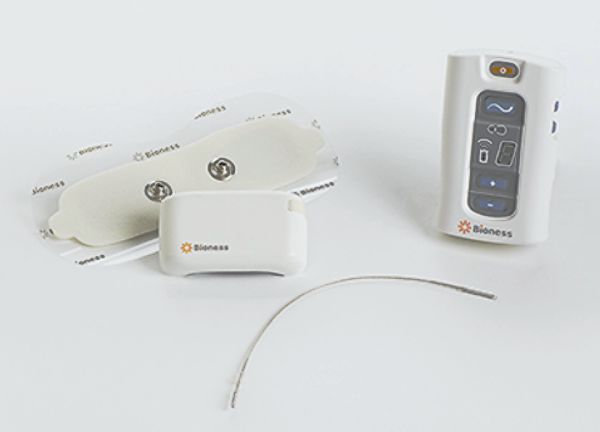