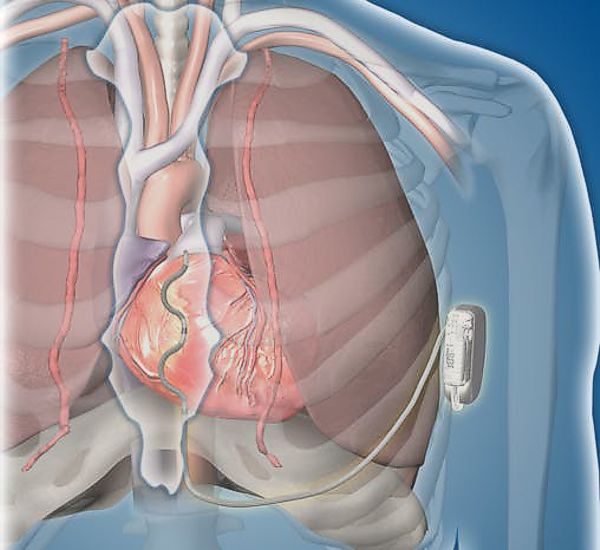 Things have gone well for Boston Scientific with its subcutaneous implantable cardioverter defibrillator (S-ICD). These devices have no transvenous leads, and as such provide a solution for patients at risk for SCD when implantation of a traditional ICD with transvenous leads is not possible or desired.

S-ICDs have their disadvantages though – current models are larger in size because of the high energy they must deliver to defibrillate from a subcutaneous lead (as a reference, Boston Scientific’s EMBLEM S-ICD delivers 80J shocks), and do not provide antitachycardia pacing (ATP) or bradycardia pacing support, except for limited post-shock pacing.

Medtronic is proposing a different approach to Boston Scientific’s. They call it the Extravascular Implantable Cardioverter Defibrillator (EV ICD), which uses a lead placed under the sternum, which gets the electrodes much closer to the heart than Boston Scientific’s subcutaneous lead.

Medtronic announced in August 2018 that the first EV ICD had been implanted in a patient.