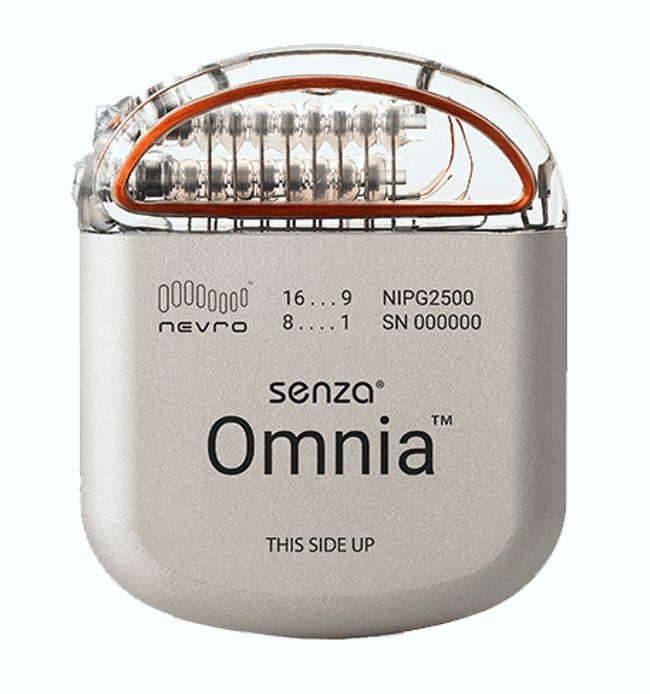 Nevro announced it has received CE mark approval for the Senza® Omnia™ Spinal Cord Stimulation (SCS) system.  According to the announcement:

“The Omnia system is a completely new SCS platform and consists of a number of new components. The first is the new Omnia programmer, which will allow physicians to easily offer the widest array of waveforms across the full SCS frequency spectrum, either separately or paired together with HF10.  The second element of the system is a redesigned patient remote that is more intuitive for patients to use.  The new remote supports greater programming capacity, allowing for the flexibility to expand on the HF10 algorithm by giving physicians the ability to provide additional waveforms.  The third component is a redesigned, slimmer patient charger with an improved user interface.  Lastly, the system comes with an updated and upgradeable implantable pulse generator.  Unlike non-rechargeable systems, the Omnia battery is designed to last over ten years no matter what stimulation profile is used, has conditional full body MRI approval, and will be upgradeable to future waveforms and frequencies.”

“Other SCS systems on the market are limited to frequencies below 1,200 Hz. In contrast, Omnia delivers the widest range of frequencies of any SCS system, between 2 and 10,000 Hz.  In addition to Nevro’s proprietary HF10 waveform, Omnia offers the most waveforms on one device and can be programmed to provide waveforms independently or paired with HF10.  The ability to pair frequencies allows Omnia to pair HF10 – the most studied SCS therapy with over 55,000 patients treated across the world – with other waveforms, including traditional, paresthesia-based stimulation, subthreshold 1 kHz therapy or burst waveforms.” 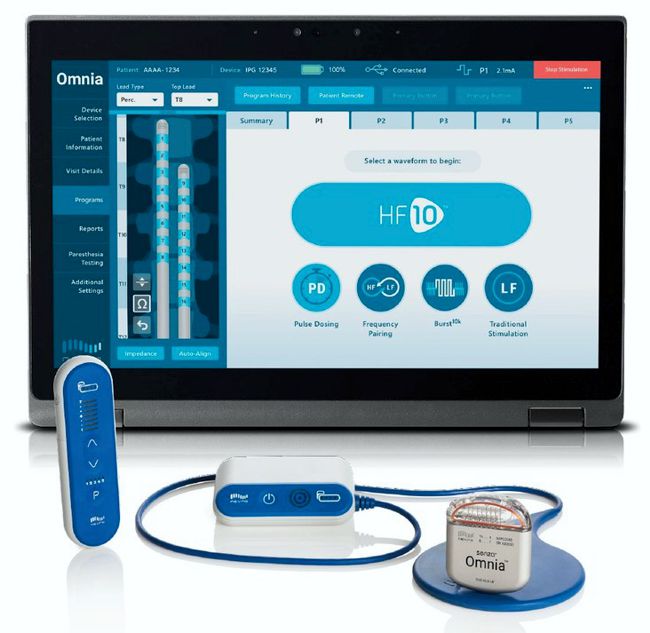