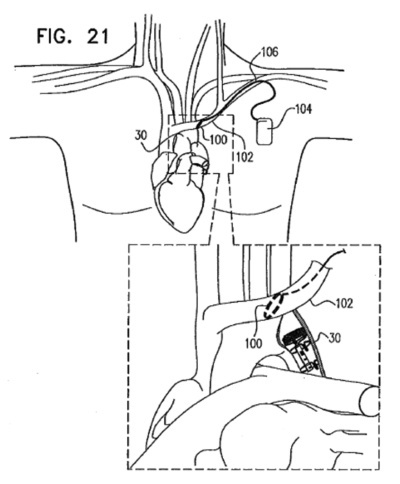 Sorin recently announced a $5 million investment in Israeli startup Enopace Biomedical, which is developing an endovascular neurostimulation system for heart failure.  Back in October 2011 Sorin invested $7 million to finance the initial clinical studies of Enopace’s technology as well as ongoing product development.

From Enopace’s patent applications, it seems that Enopace’s device consists of a stimulation unit that is placed within the aorta close to the heart, and which is driven wirelessly from a coil that is placed within a vein closeby to the artery. The transmitting coil is in turn driven from an implanted control unit that is implanted subcutaneously.