I have led the development of devices to deliver CCM™ therapy from the very beginning, so it is with great pleasure and pride that I share with you the exciting news that Impulse Dynamics just received approval from the United States Food and Drug Administration (FDA) for our Optimizer® Smart System for heart failure patients!  An official FDA announcement was made through the publication of a press release that you can find here: https://www.fda.gov/NewsEvents/Newsroom/PressAnnouncements/ucm634103.htm.

Designed to address a significant unmet medical need in heart failure, the Optimizer Smart System received Breakthrough Device designation from the FDA in 2015. It was the first breakthrough device to go before the Circulatory System Devices Panel of the FDA’s Medical Devices Advisory Committee, on Dec. 4, 2018, receiving a 12-0 vote on the benefit-to-risk ratio of the device.

“With the FDA’s approval of the Optimizer System for the delivery of CCM, we finally have available in the US an effective device-based therapy for advanced heart failure patients with mildly to moderately reduced left ventricular ejection fractions who are not eligible for CRT,” said Professor William T. Abraham, MD, Professor of Medicine, Physiology, and Cell Biology, and College of Medicine Distinguished Professor at the Ohio State University Wexner Medical Center. “The Optimizer System, along with guideline-directed medical therapies, can improve the lives of many heart failure patients in the US who previously did not have access to this therapy. As such, it represents a real game-changer for these patients.”

The Optimizer Smart System is the first and only CCM device approved by the FDA to improve 6-minute hall walk distance, quality of life and functional status of NYHA Class III heart failure patients who remain symptomatic despite guideline directed medical therapy, who are in normal sinus rhythm, are not indicated for CRT, and have an LVEF ranging from 25% to 45%. Only 30 percent of moderate to severe chronic heart failure patients are candidates for CRT, which historically has left 70 percent of patients with few options to help them manage their disease.

CCM is a unique electrical pulse delivered during the absolute refractory period, which is just after the heart contracts. In contrast to a pacemaker or defibrillator, CCM works by modulating the strength of the heart muscle contraction rather than the rhythm.

Dr. Simos Kedikoglou, Impulse Dynamics’ CEO, announced that the Company will launch the device in the US later this year.  “We are extremely excited that the Optimizer Smart System with CCM therapy is now available in the United States,” he said. “We look forward to growing our commercial presence in the US and globally.”

About the Optimizer and CCM Therapy
CCM is the brand name for Cardiac Contractility Modulation, the non-excitatory electrical pulses delivered by the implantable Optimizer device during the absolute refractory period of the heart cycle to improve systolic contraction of the heart. The Optimizer System has been implanted in over 3,500 patients and is currently available in Europe, China, Brazil, India, and more than 40 other countries around the world. Impulse Dynamics has completed numerous clinical studies, including several randomized controlled trials. The results have been published in over 80 papers in leading medical journals.

About Impulse Dynamics
Impulse Dynamics is focused on the development of electrical therapies for the treatment of chronic heart failure. As a global leader in cardiac medical innovation, Impulse Dynamics has operations in the United States, Europe, and Asia. For more information please visit www.impulse-dynamics.com. 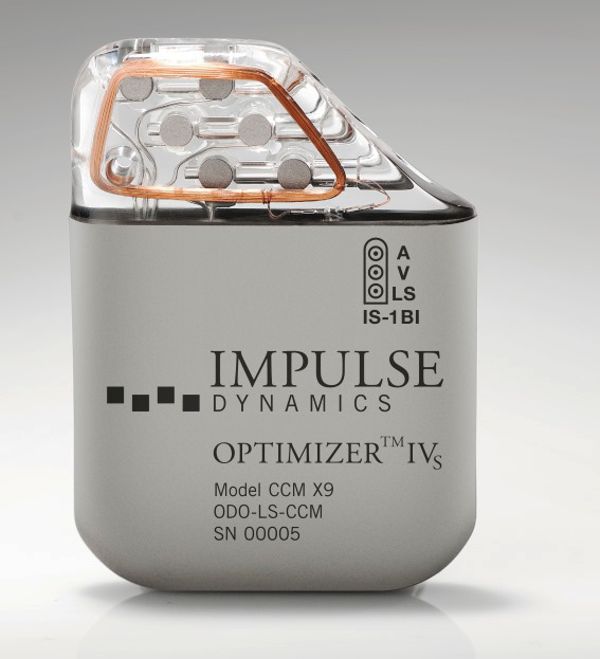 Impulse Dynamics (yes, the company for which I work) launched its new, CE-marked OPTIMIZER™ IVs implantable device for the treatment of heart failure at the 79th Annual Meeting of the German Cardiac Society (Mannheim, Germany, 3–6 April 2013).

END_OF_DOCUMENT_TOKEN_TO_BE_REPLACED

Dr. Shlomo Ben-Haim has held faculty appointments as a Professor of Medicine, Physiology and Biophysics, at both Harvard University and the Technion – Israel Institute of Technology. His formal education is in the fields of nuclear physics, mathematics, biomedical engineering, philosophy, and medicine. Dr. Ben-Haim has published his research in over 100 scientific papers, in peer-reviewed journals. He holds over 180 patents and patent applications. 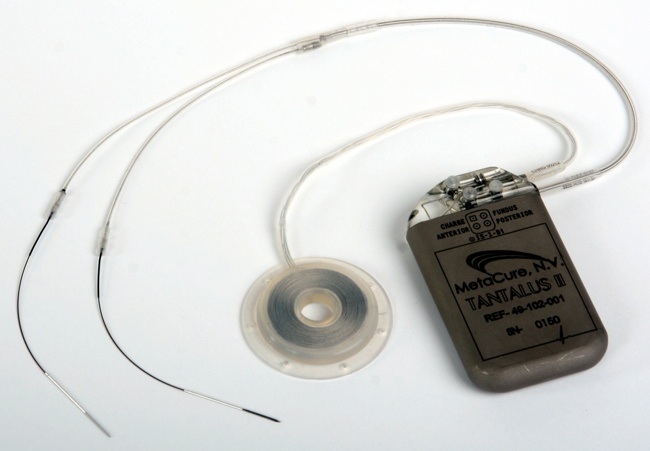 MetaCure’s TANTALUS II device is an advanced implantable electrical stimulator used to apply gastric stimulation. It works by enhancing the activity of gastric muscles only when the patient eats, which modifies hormone secretion, favorably affecting glucose and fat metabolism. At the same time, the stimulation causes the patient to feel satiated sooner and consume less food. The result is an improvement in blood glucose levels, which is often accompanied by weight loss, and reduction of blood pressure, waist circumference and blood lipid level. END_OF_DOCUMENT_TOKEN_TO_BE_REPLACED 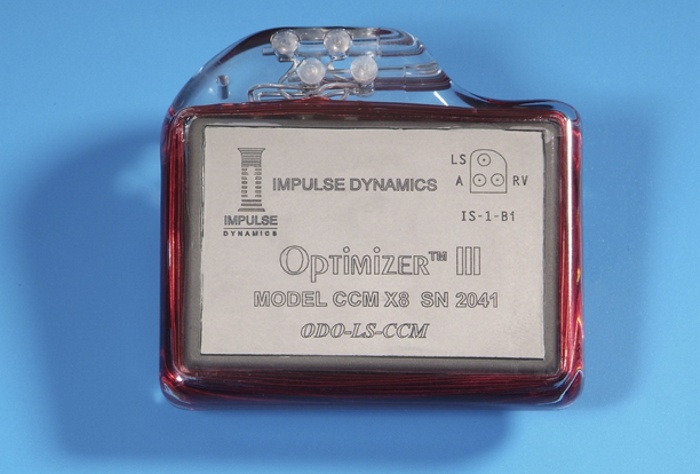