Back in March of 2020, Second Sight Medical announced that it was winding down its operations.  Second Sight developed implantable devices intended to create an artificial form of useful vision for blind individuals.  However, because of the impact of COVID-19 on its ability to secure financing, it laid off the majority of its employees as a first step to an orderly wind-down of its operations.

The company had developed the Orion implant, which is placed directly onto the visual cortex of the patient’s brain. Signals received from a miniature camera integrated within a pair of glasses are fed to the implant and interpreted as “vision” by the brain. At the time of the closure announcement, the company was conducting a feasibility study with the Orion device implanted in six blind patients. Second Sight had been working towards a larger “pivotal” trial of the Orion implant, while all of the patients taking part in the small-scale study had reached the 12-month mark.

On January 6, 2021, Second Sight and France’s Pixium Vision announced that they have entered into a definitive business combination agreement pursuant to which Pixium Vision will, following the contribution to Second Sight of all of its assets and liabilities in relation to its neuromodulation technology used in the treatment of blindness, become the controlling shareholder of the new combined company, owning 60% of the total equity before the capital raise. The combined company will focus on retinal stimulation through Pixium’s Prima System.  As part of the transaction, a new subsidiary will be created to focus on cortical stimulation through Orion. The new combined company will own 40% of the new subsidiary and will also have a first option to exclusive global marketing rights for Orion. 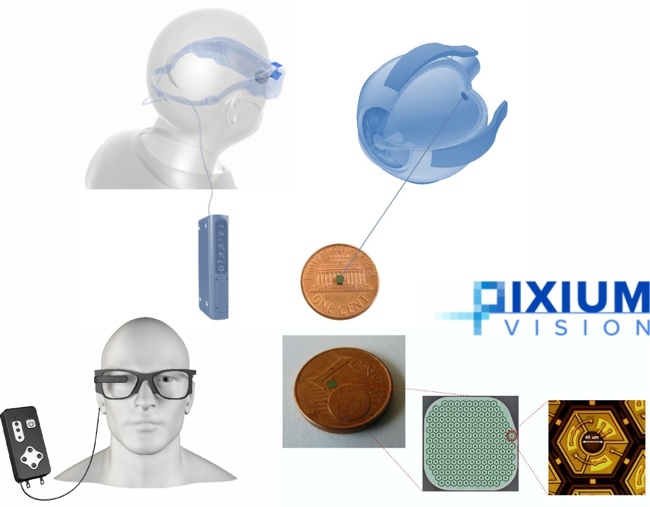