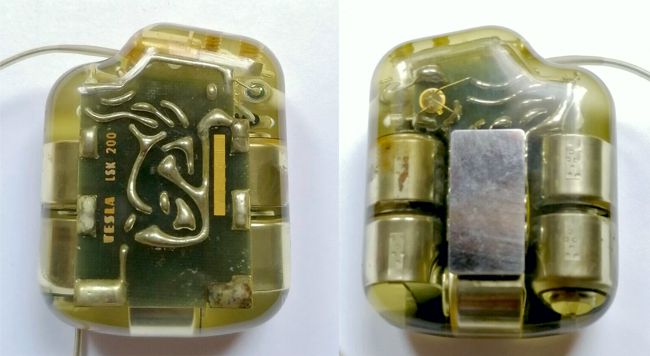 In the late 1960s and early 1970s, Czechoslovakia, like many other countries, had its own pacemaker development/manufacturing.

Starting in 1965, Dr. Bohumil Peleška and ing. Vladimír Bičík designed and manufactured a VOO pacemaker under the auspices of the “Research Institute for Medical Electronics and Modelling” (RIMEM).  The device underwent human implantation and worked for 2 years before being preemptively replaced.

RIMEM’s pacemakers were then transferred for commercial production at the Czechoslovak TESLA state-owned electrotechnical conglomerate.  TESLA was originally named after Nikola Tesla, but later explained by the Communist regime as an abbreviation from TEchnika SLAboproudá, which means “low-voltage technology.”

An interesting presentation about the history of pacemakers in the former Czechoslovakia is available here.