Angel Medical was founded by Dr. Robert E. Fischell and Dr. David R. Fischell.  The AngelMed Guardian® system is an implantable cardiac device, designed to detect rapid ST segment shifts that may signify major cardiac events, such as coronary artery occlusions caused by life-threatening vulnerable plaque ruptures. Once an ST shift is detected, the system is designed to alert patients to seek medical care by delivering a series of vibratory, auditory, and visual warnings.  The AngelMed Guardian system is intended to address the challenge of patients not recognizing nor responding quickly to heart attacks. In 2016, the FDA Cardiovascular Devices Panel voted 4 to 8 that the system was safe, and unanimously that the device was ineffective and that the benefits did not outweigh the risk. However, Angel Medical won FDA approval in April 2018, after submitting a new retrospective analysis on which FDA stated that “the results of that analysis demonstrate a positive benefit-risk profile for the device.”

Subsequent to getting FDA approval, Angel Medical also secured reimbursement codes from government payers, which is an important step in commercialization. With FDA approval in hand, Angel Medical was poised to raise additional funds in order to launch a commercial effort.

However, the majority of noteholders (mainly BioInfo Accelerator Fund, to which Angel Medical approximately $43 million) declined to extend the maturity of their debt and to allow the company to incur bridge financing. So, just a few months after receiving FDA approval, Angel Medical filed for Chapter 11 bankruptcy.

The bankruptcy plan was approved by the court in January 2019. Under the plan, Angel Medical is seeking up to $2.5 million in post-petition financing. Of that, a total of $2 million will convert into Series A preferred shares at a price equal to 78% of the original purchase price.

Hopefully, the bankruptcy will just be a painful step to enable the financial restructuring that Angel Medical will need to gear up for full commercialization of the device. 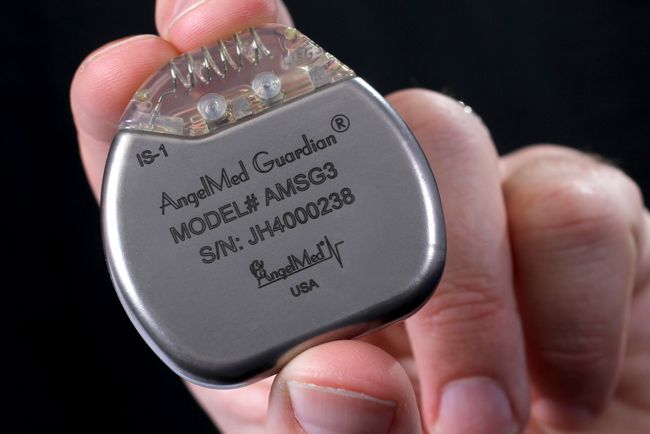